2014 - 2015 HawaiiWinterOutlawSeries Event 1- The Big Island Bomb. Write up and Photos. 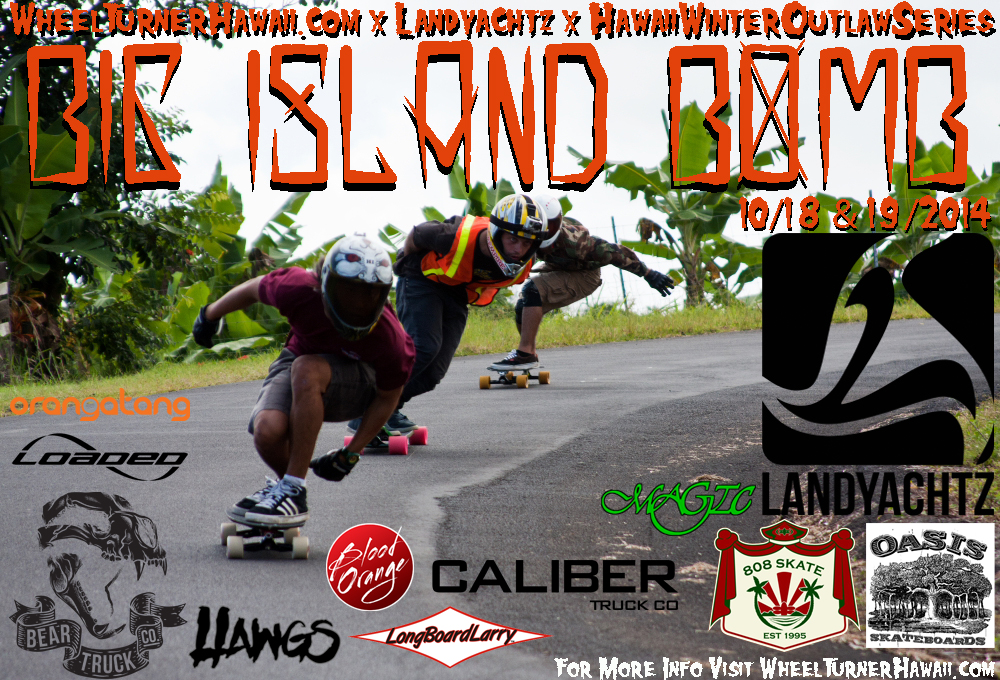 Write up by Kaimana Pinto 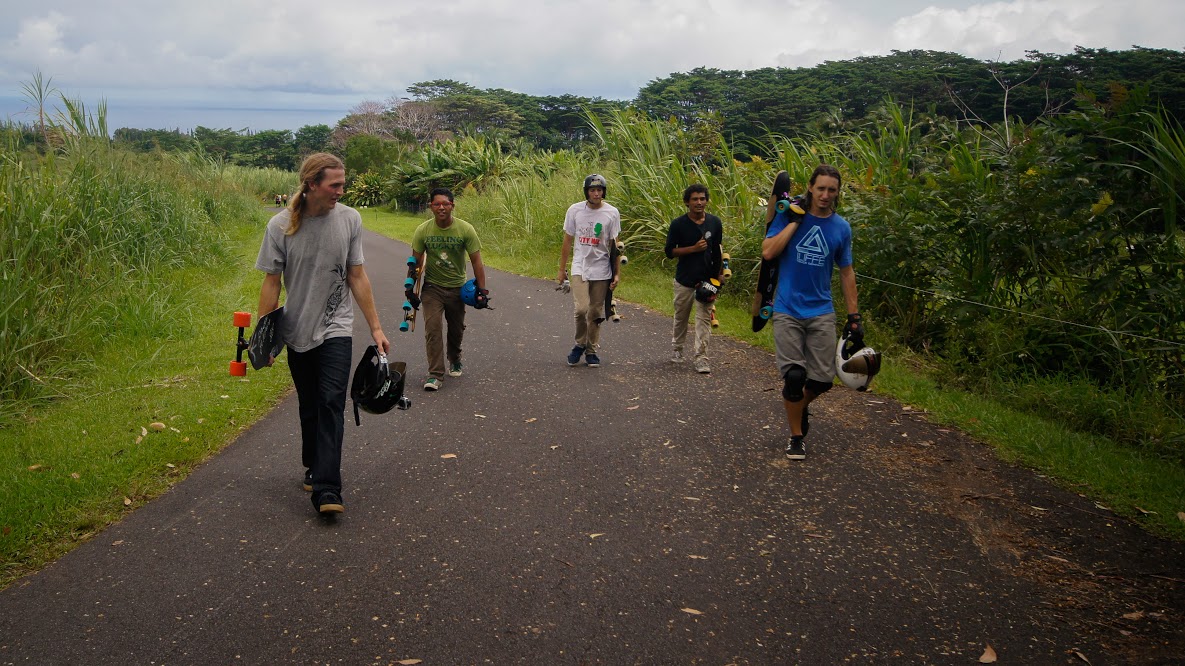 The events that took place on The Big Island this past weekend were as dynamic as they could get. Anticipation for this race have been building for months and when the forecast calling a hurricane to land the day of the event the vibes turned sour. Luckily a few of the boys had flown in prior to the storm and were able to bang out two full days of riding. 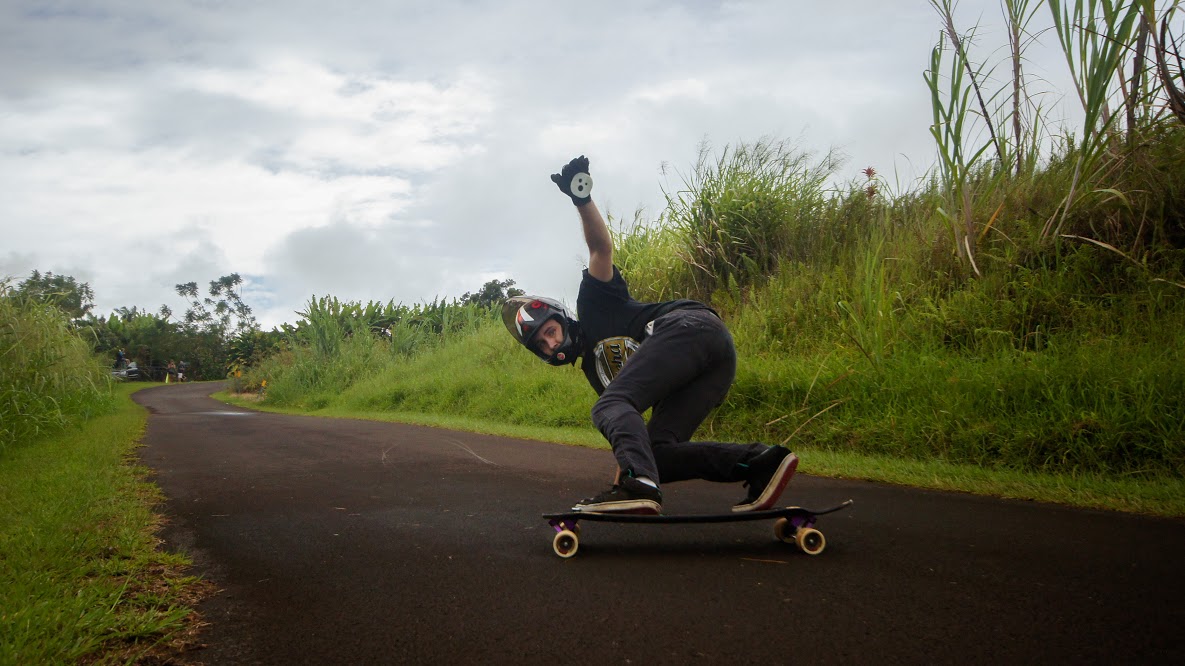 Sunday morning came in with stagnant winds and thick clouds overhead. Trees had fallen from the storm. Many of them over roads.  It was patchy up the coast and while we descended the mountainside it seemed that our odds were soaked. When all of the riders rolled up to the course, the last thing that we expected was a dry final. It seemed like all was lost when we were circled by 2 cops at the bottom of the hill. As soon as we realized that they weren't going to say anything to us, the race was on. 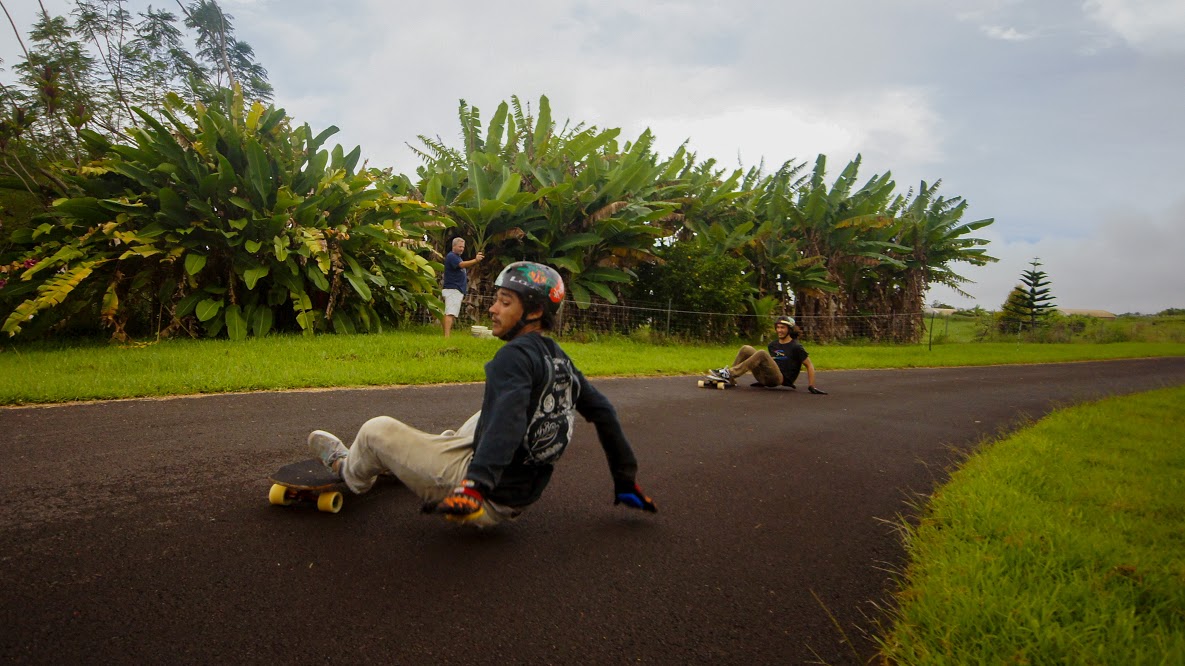 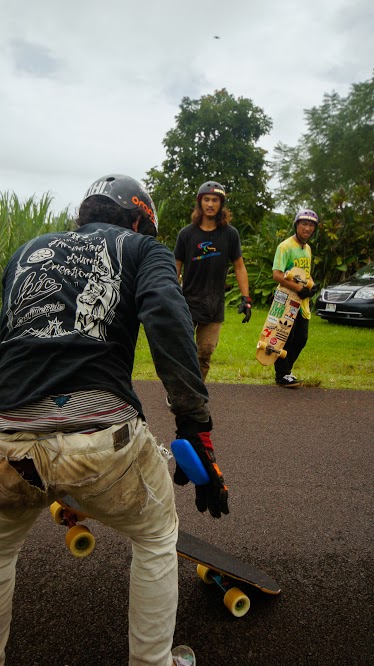 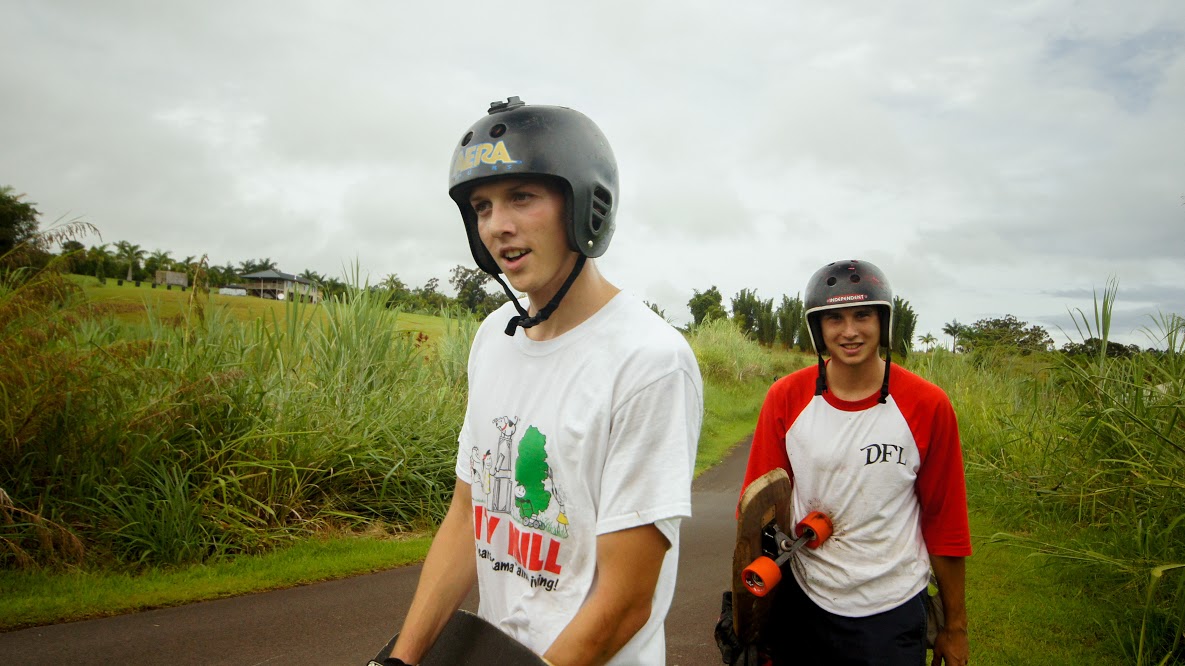 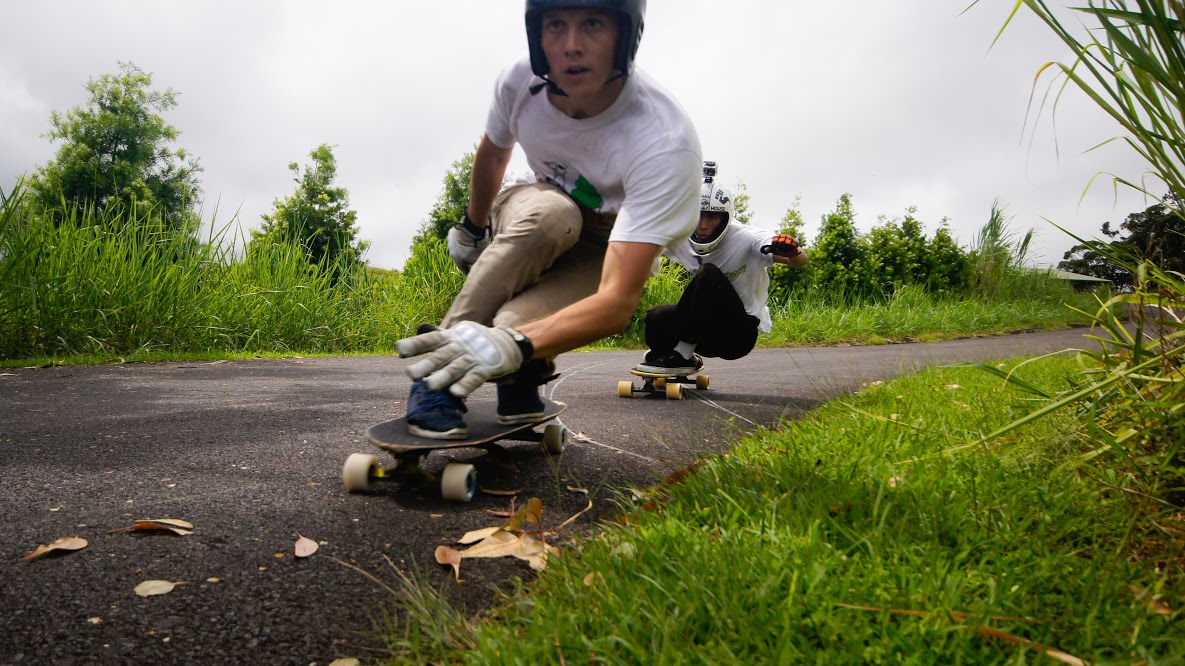 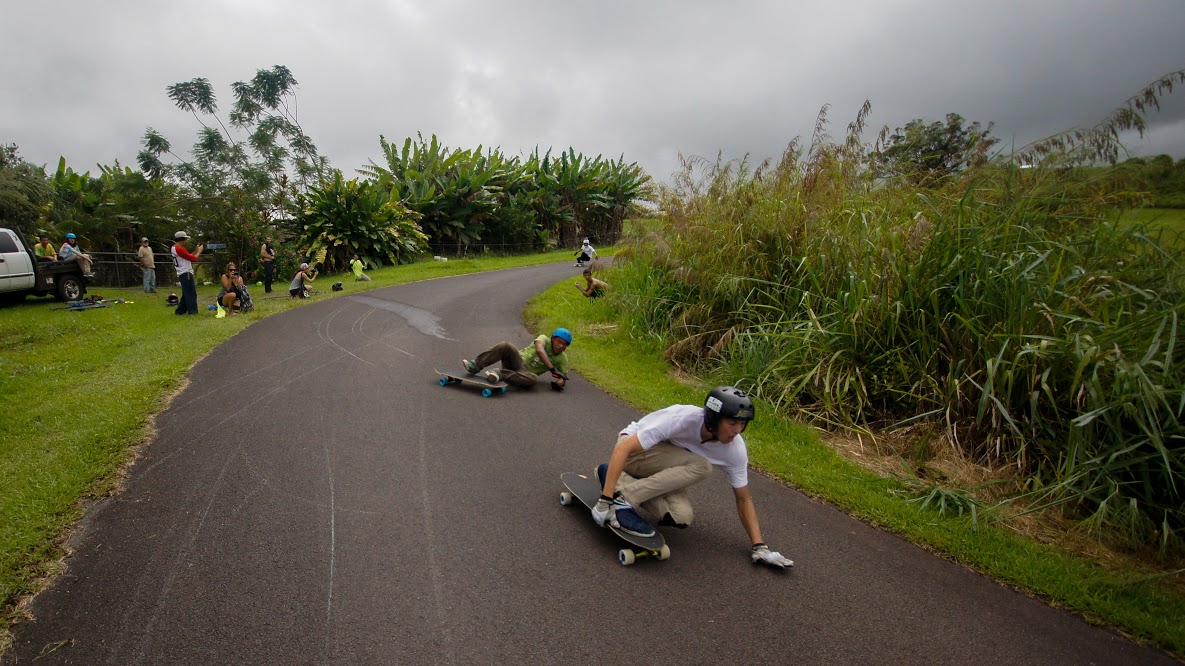 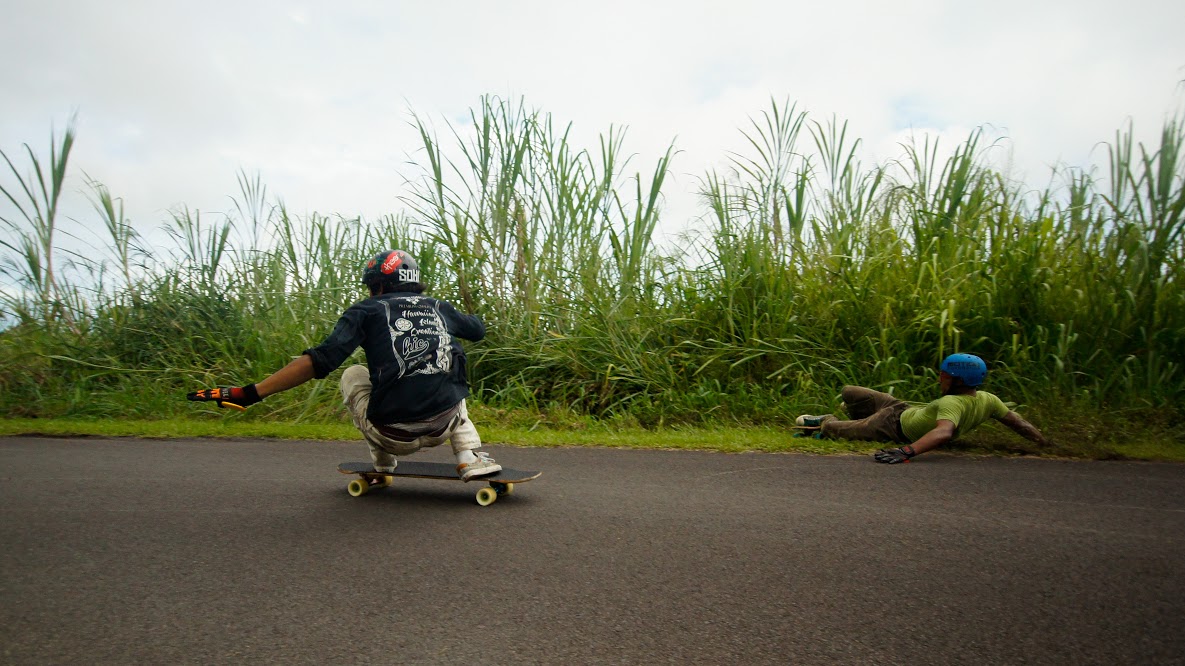 The practice runs were pretty epic, yet hectic. On my first drop I crashed on 2 soaked corners. Eroding pavement through dropping corners made for a technical course, especially wet. By my third practice run the corners had a decent dry line and the more experienced riders were gripping every corner at full speed. 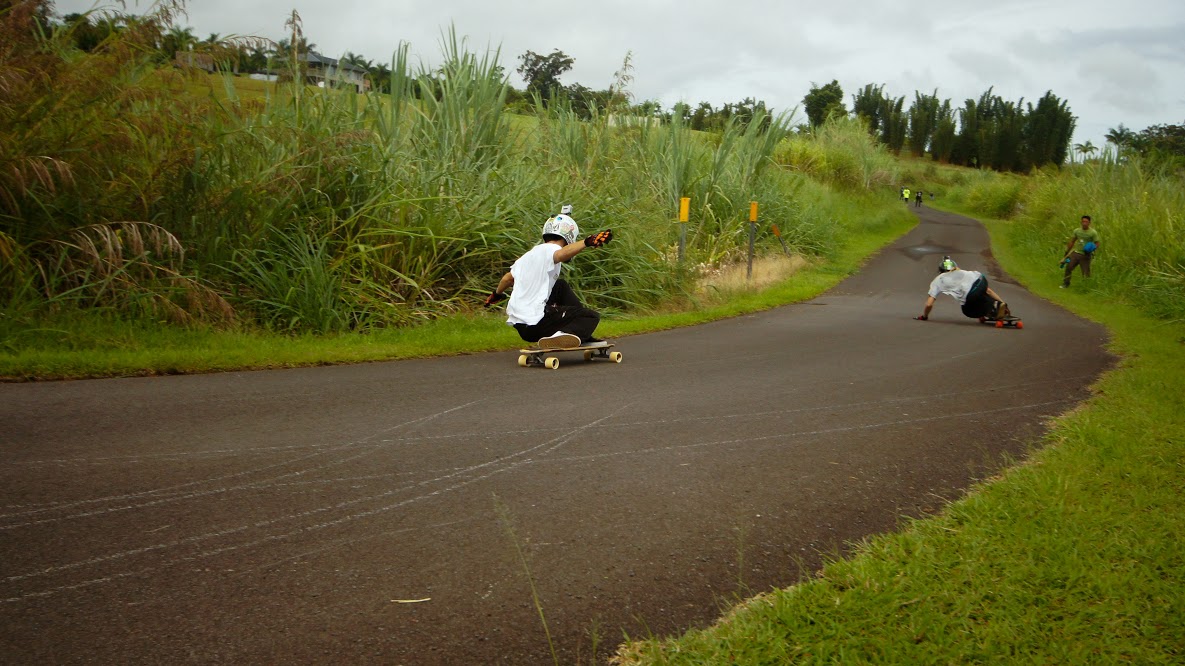 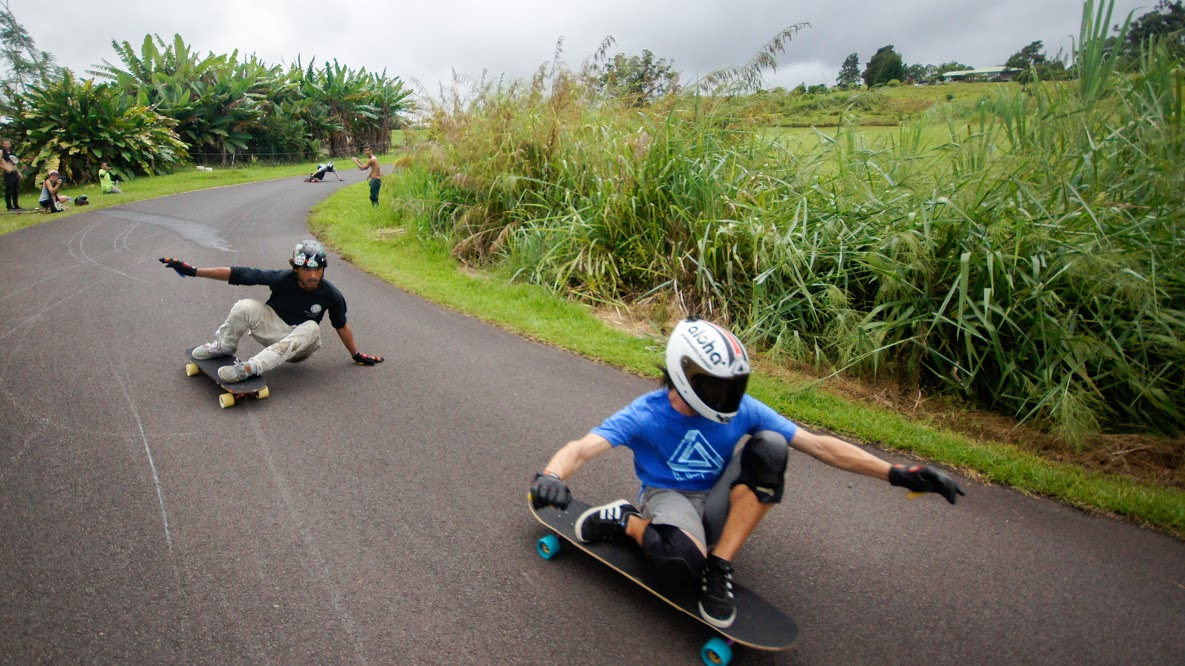 We started the event and couldn't have asked for the first rounds to go more smooth. Everyone took a few runs and within no time we had our final four. Evan Twigg, Mike Broan, Sheldon McSteezy Kainalu-Martinez, and The Reigning Champ Dakota Camp. These four riders have had plenty of runs (and biffs) to dial in their lines, and these heats were close. The last left corner was always the deciding factor, riders would come in side by side and whomever maintained their speed was most likely to take the heat. Dakota and Evan successfully nailed the perfect line, every time. This carried them to the finals were they would fight for their rank in the H.W.O.S. Dakota was able to utilize his experience and cross the finish line for the win. Dakota not only took the Big Island race this past weekend, but also swooped first place for the overall 2013-2014 H.W.O.S. Will someone step in Dakota's way at The Maui Challenge or will he continue his reign over scene? Find out December 20 & 21st on Maui. 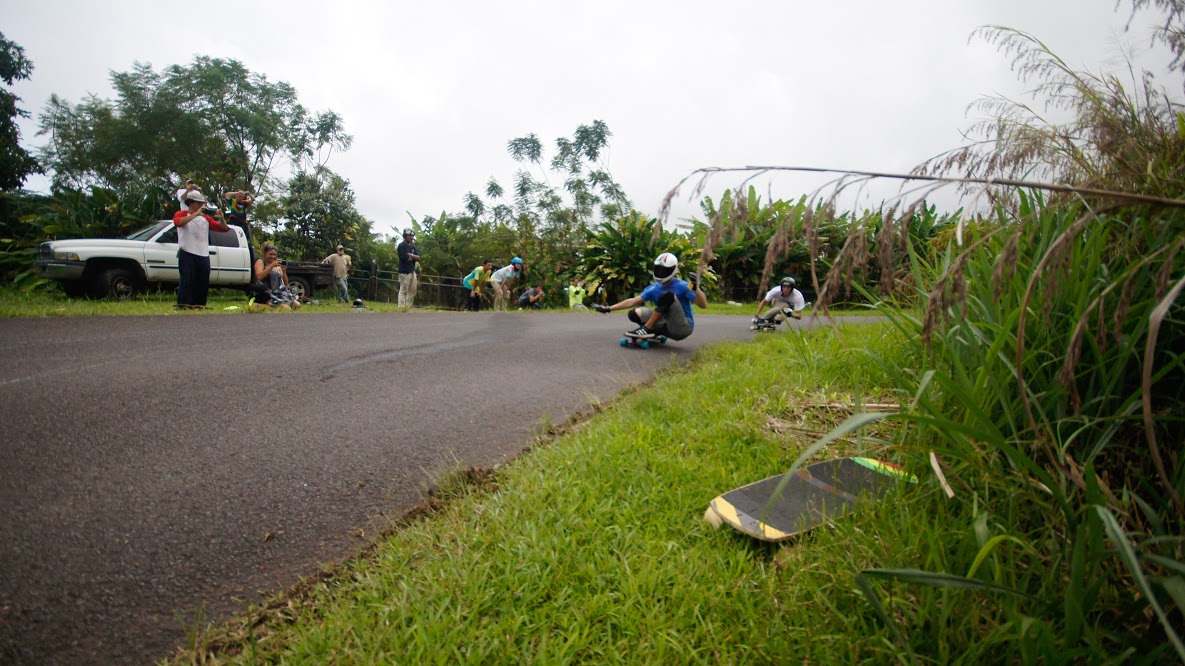 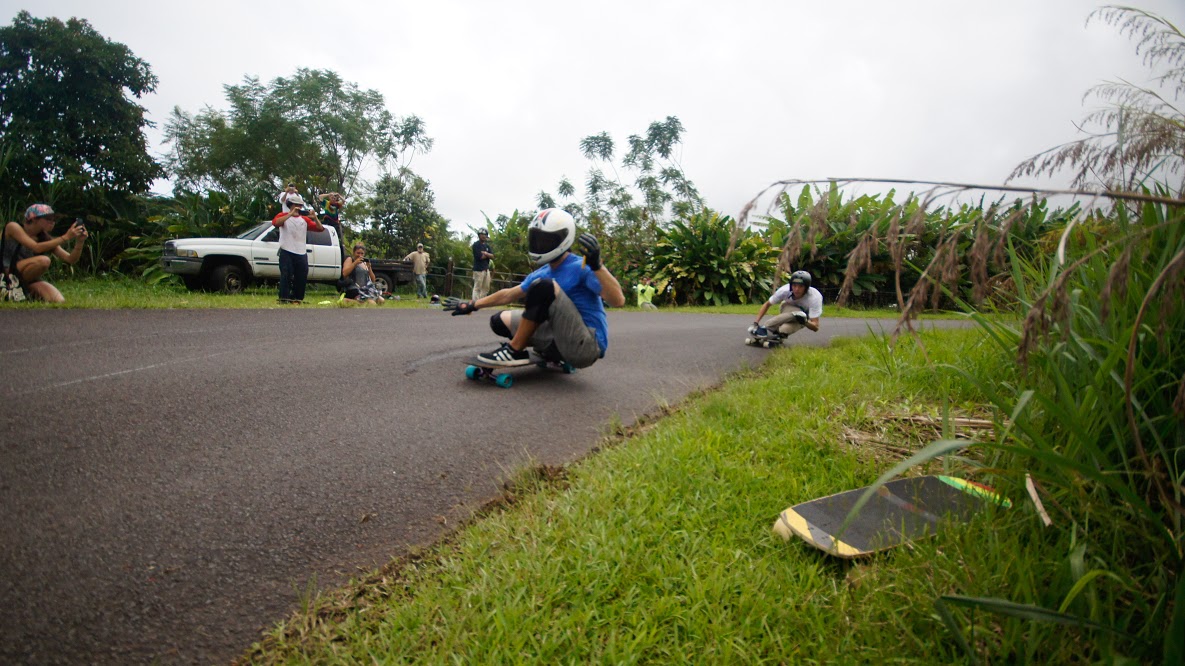 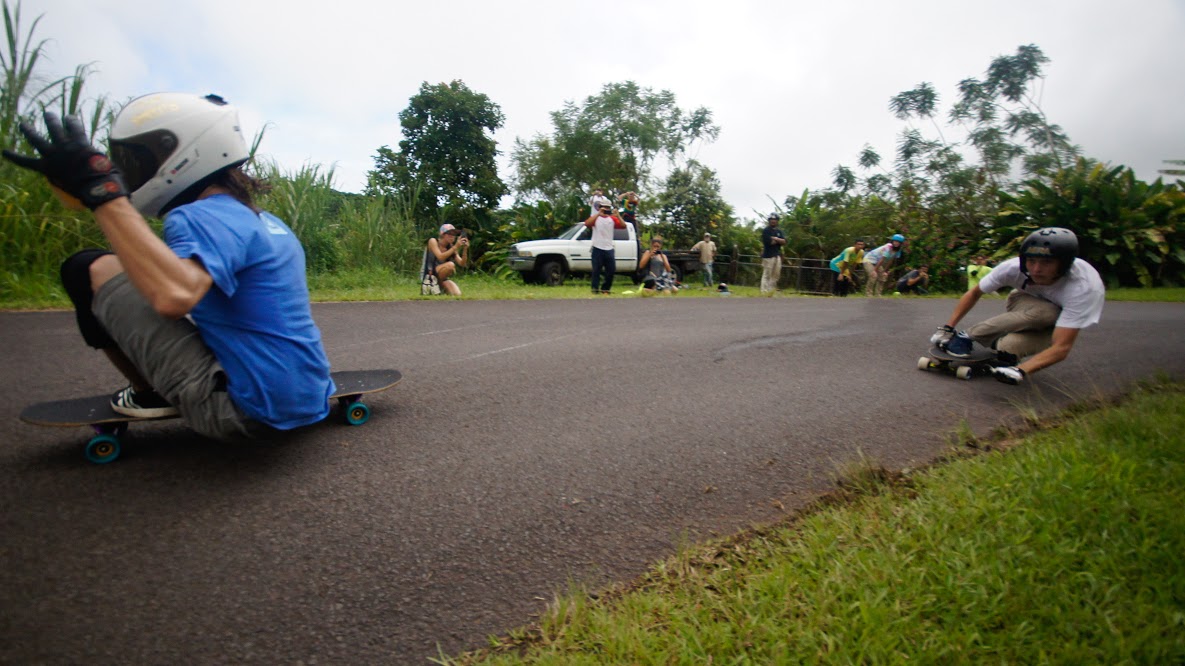 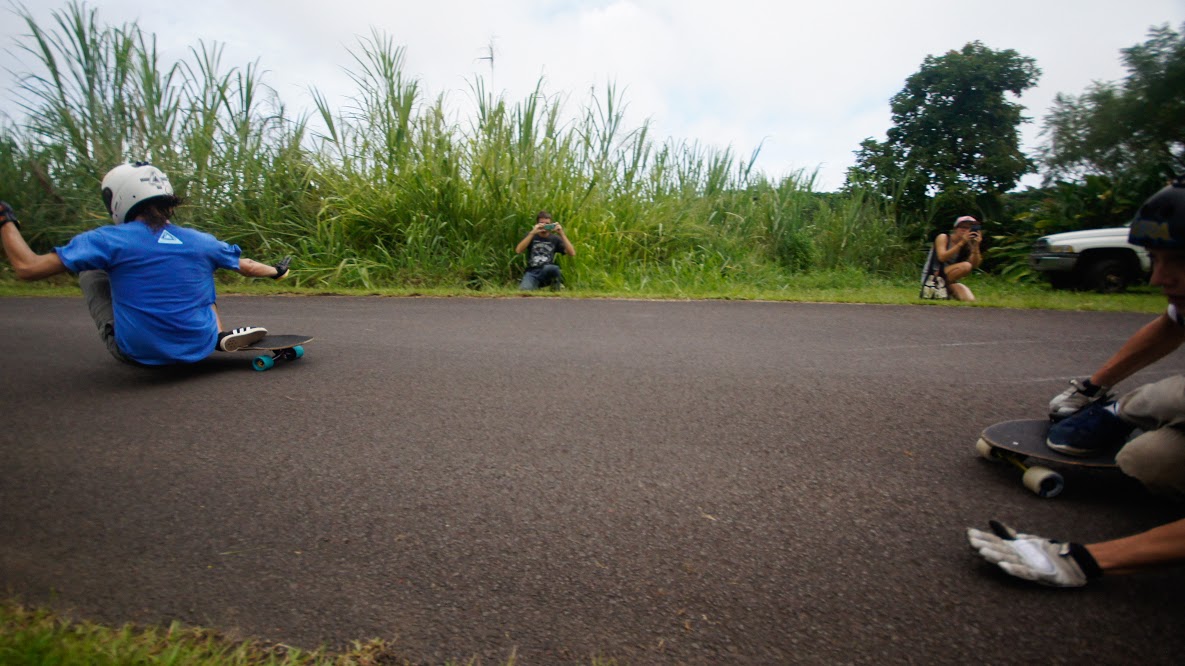 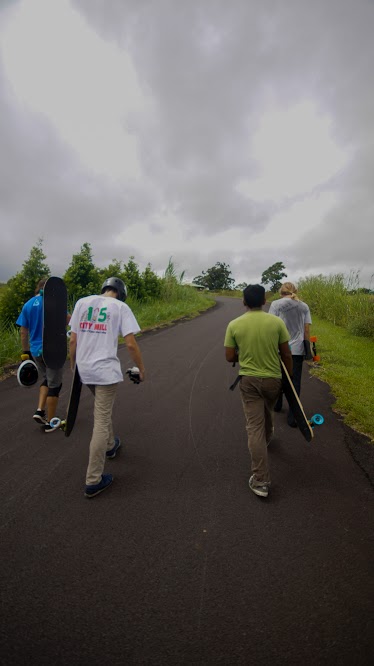 Mahalo to all of the supporters who helped us make this happen! 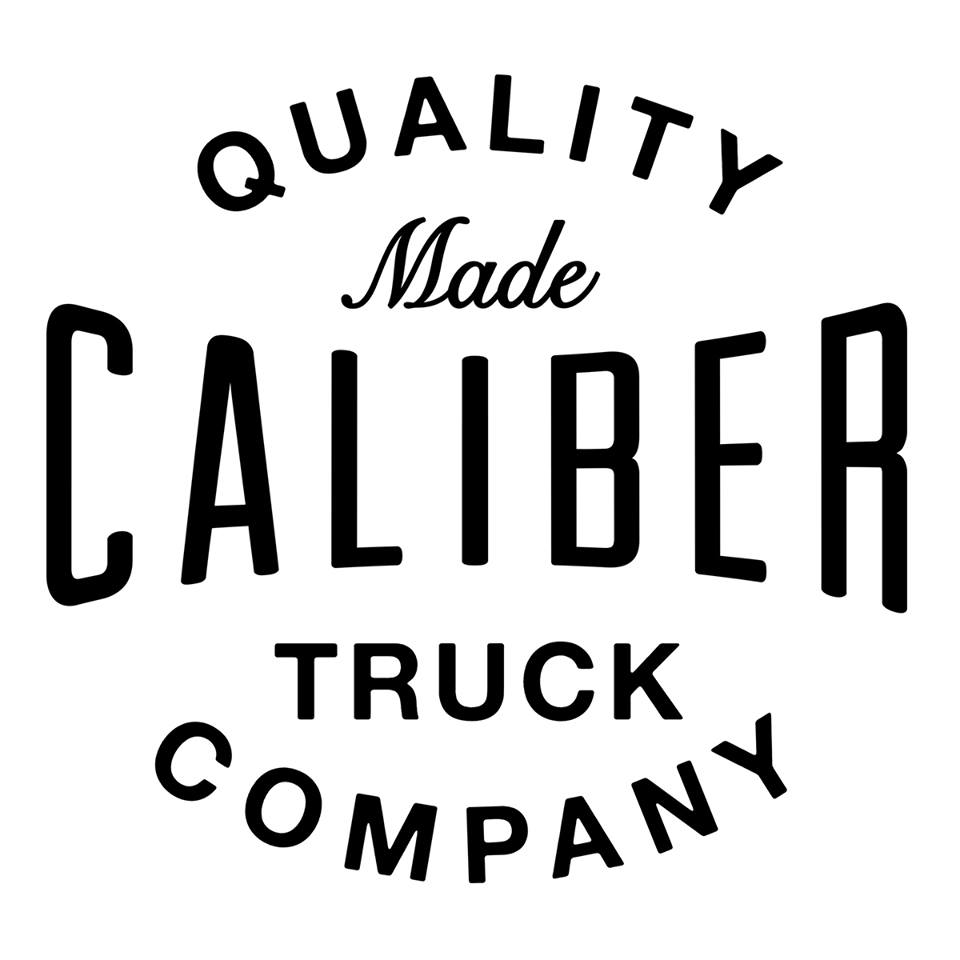 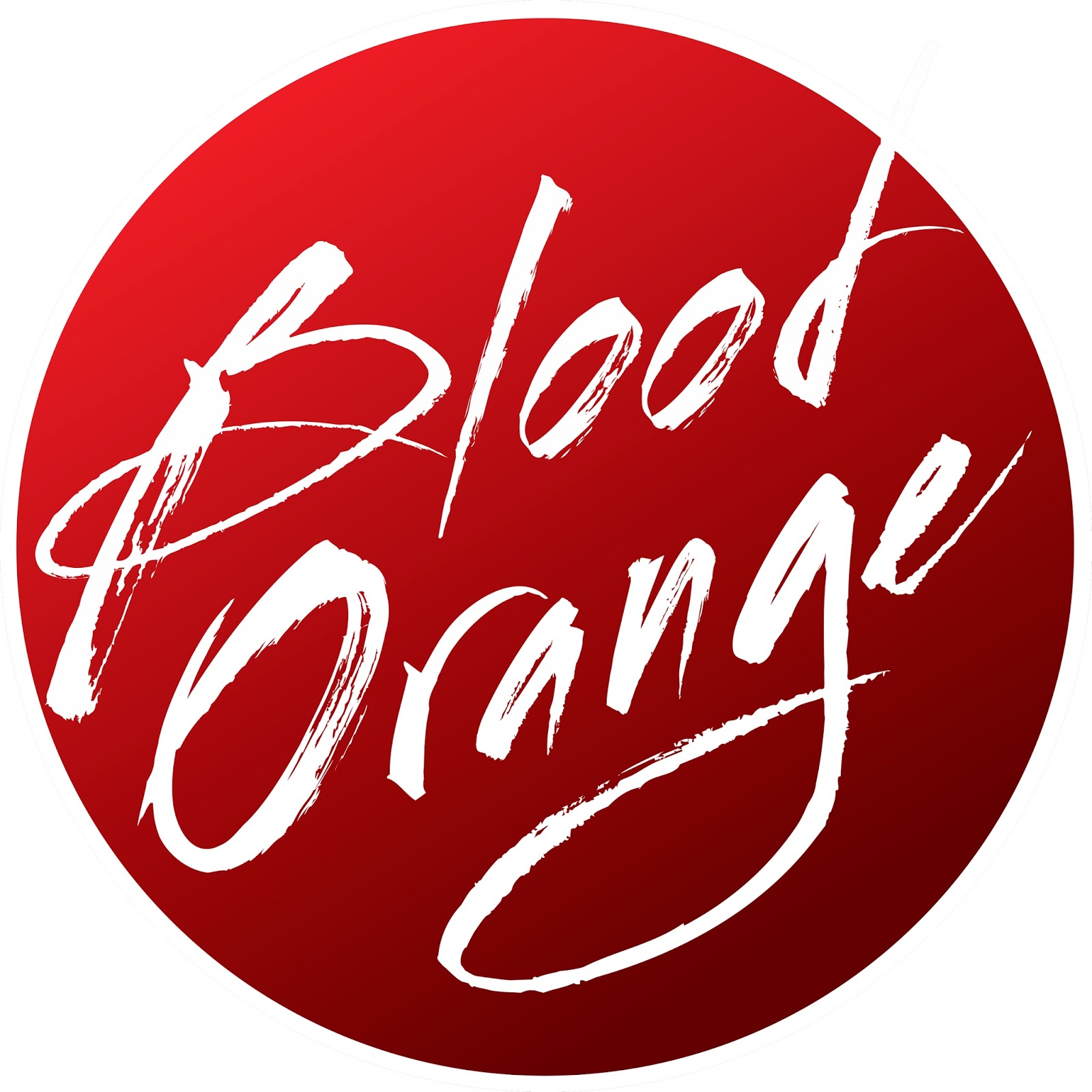 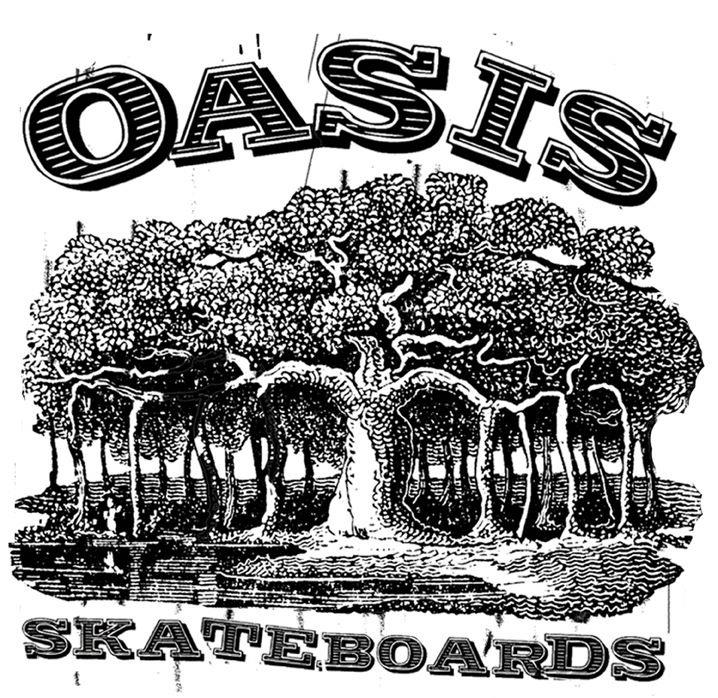 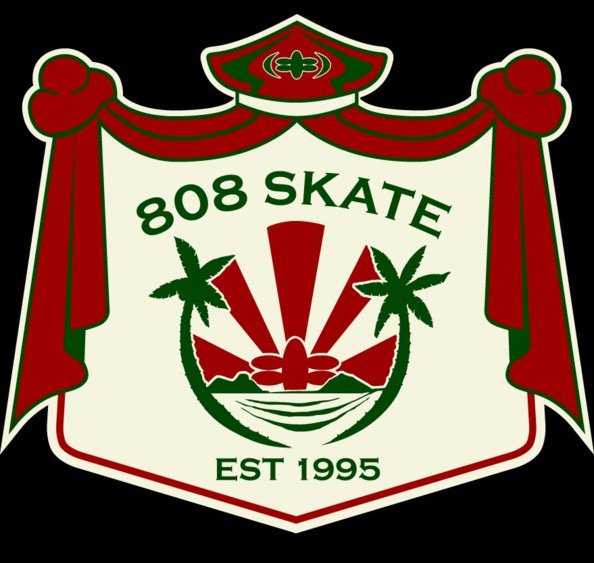 Posted by Mackenzie Yoshida at 11:40 AM No comments: