HawaiiWinterOutlawSeries event 2 - The Big Island Adventure. Write Up and Results. 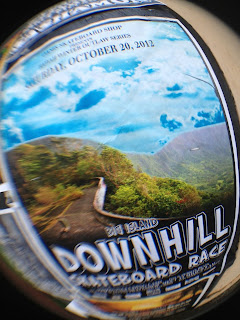 Gnar bombing, epikal parks, waterfalls, volcano’s, crip food, good crew, great vibes … Hilo, Hawaii is where it went down. On October 20 – 21st wheel turners from all over the state gathered on the Big Island of Hawaii for the 2nd event of the Hawaii Winter Outlaw Series. This was our first event on the Big Island, but thanks to the help of B.I local Brian McOuat… boy was it a good one!
Over twenty riders gathered at Hilo’s Oasis skate shop early Saturday morning to register and get briefed on how the day would go down. We had 10+ racers from both Oahu and the Big Island. It was great to see the crews united to vibe the winds together! 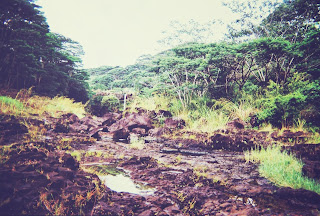 Once the plan was set, the parade of skate mobiles headed down the country road out towards the race course. When getting to the top of the hill, all riders had the same thoughts of the hill… it’s a FAST one. Steep, wide, big sweepers… a tuck and go type of road where you can hit around 50mph.

Everyone started to gear up and get the pre race jitters out when… dun dun dunnnnn, an upset Ha’ole resident stopped by us to inform us that she had called the Police on us. So we took off down the hill for a sample run, then bailed.

The skate parade headed back down the country roads en route to the back up course. When arriving to the course, the vibes here were much more mellow and relaxed. And the course was AWESOME! Like the last road this course took little to no drifts, but the TECH o meter went up for sure. This course was one lane wide, a lot more turney, and fast! You are constantly on the edge of grip, and to top it off… there are little speed bump/ launch ramp things in crucial spots!

Riders all agreed that the course needed to be shut down due to the narrowness. So the Big Island boys got on it, and we got ready to race!
Now that we are on a different course, the heats dropped down to 1 vs 1 heats instead of 4 man.  Everyone paired up for their first heat and H.W.O.S event 2 got underway! 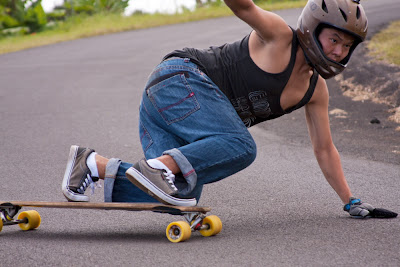 The first few heats took off fully tucking from the start of the course, riding close to utilize full draft potential. Heats were intense! Though the course is narrow, it proved to have multiple passing spots due to how technical it was. Perfect lines and exit speeds were the way to the win. 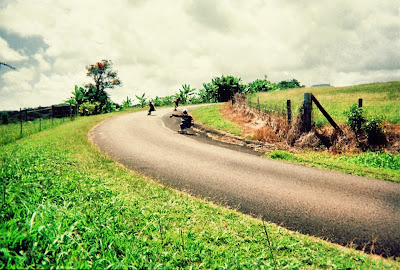 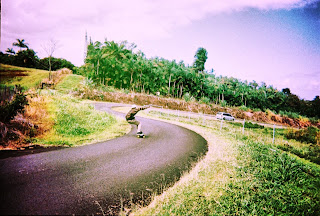 We were underway with round 1, all heats on the course in intervals, when somehow there was a break in communication and 4 cars were let onto the course. GNARLY! Some Oahu style skating went down! Heats were forced to dodge cars in all directions resulting in many skaters exploding the bushes on the side of the road. Luckily everyone got out of the gnarliness ok, with only a few minor road burns to be had.

Skaters regrouped to head back up the hill. This time we needed the road GAURENTEED shut down, so we took a few minutes to situate cones and cars. Then BOOM, the Hilo rains hit. Good thing we had a back up day scheduled!
Everyone packed up and headed down the hill to the BEAUTIFUL camp site. We were blessed to stay at a beach park at the bottom of the course… and this zone was as prime as it gets. Ocean front. A waterfall ending in a stream, which leads to the ocean. Rope swing. Bathrooms. Electric Outlets. Hawaiian Lush Jungle Goodness. Not a bad way to sit back and relax for the rest of the day. 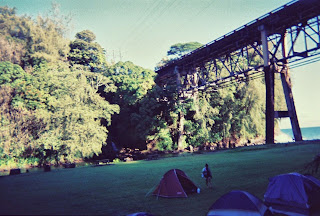 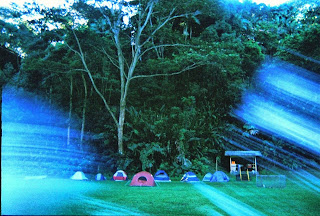 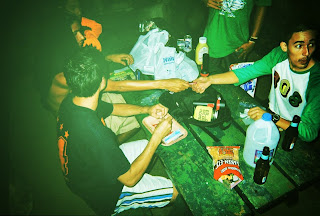 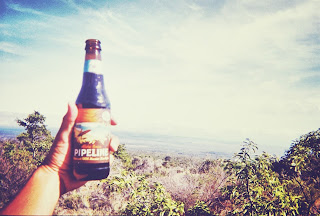 Day two we woke up on the beach to epic weather. Skaters were amped! We got briefed on how the day would go, and everyone headed back up the race course.
After the issues we had in the previous day, we came prepared on day two to shut this road down! Cones, multiple cars, human chains… you know, the necessities.
We went up the hill and redid any heats from round 1 that may have been interrupted by machines. 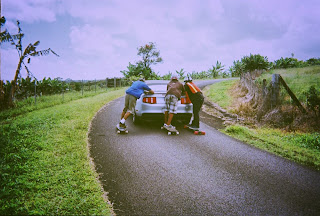 Once that was settled we were into round 2, and half of the riders pool was cut in half. HEATS WERE STACKED! Seeing rounds such as Nikko K vs Rhys M , Ethan L vs Mackenzie Y and Ben F vs Datne A. 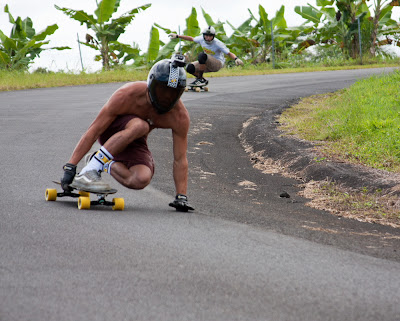 Now that all riders are comfy on a closed course with several runs under our belts… the heats were even heavier. In this round you could see many different strategies come into play. Some with the strong push and stay in front, others with the sandbag approach or some who just went for the passes in the most hectic sections. It all made for some top notch racing. 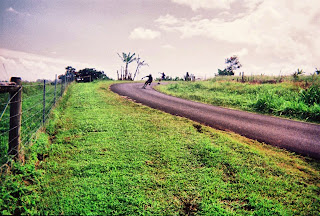 We opened up the road in between rounds to allow traffic to go by. All residents on this hill were full of loving vibes. They were all stoked to see what we were doing and we wanted to do it safely. I LOVE IT!
Next round is the quarter finals, the top 6. Now in order to make the final rounds even, racers would have to skate a 3 man heat, eliminating 1 rider per heat to get us our final 4 for the semi finals.
The heats were Brian M, Ethan L and Dante A in heat 1. Erik S, Dusty O and Rhys M in heat 2. 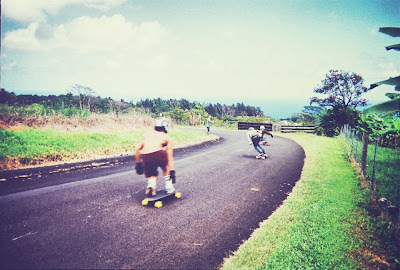 Heat 1 was insane! Brian kicking into first, then Ethan and Dante closely following. In the top of the course, Brian held his lead as the two stayed in his draft bubble. As the riders went through a few corners into the “speed section”, Dante started to make his move drafting from 3rd to 1st right before the gnarliest double apex left, speedbump ,to right S turn. The skaters were 3 deep going into the right when Big Island boy Brian just couldn’t hold his line, sliding out, leaving Dante and Ethan to finish top 2. 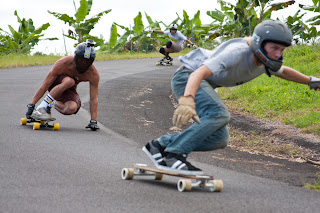 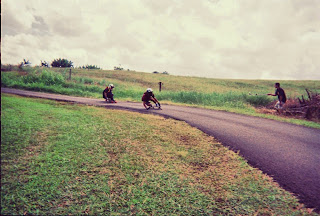 The next heat with Erik, Dusty and Rhys was equally as intense. All riders switching positions at the top of the hill several times before coming into infamous speed bump S turn. Once again riders were charging 3 deep, forcing Dusty off of the road leaving Rhys and Erik to take off towards the finish for 1st and 2nd. 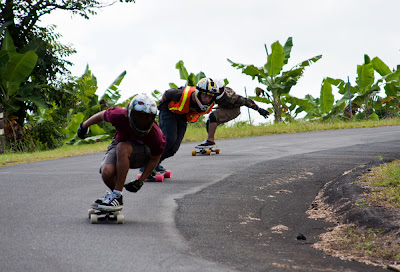 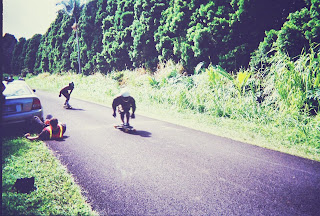 We now have our final 4 riders, and it looks like Oahu has claimed the podium spots. The Semi’s are Ethan L vs Dante A and Rhys M vs Erik S.
Rhys and Erik’s heat was first to race. Both of these guys are ninjas with perfect tucks. Erik decided to pull a little sandbag action, so at the start Rhys gave it a second push to secure his gap. From here on out it was Erik chasing down Rhys, but Rhys was able to hold his lead and move onto the finals. 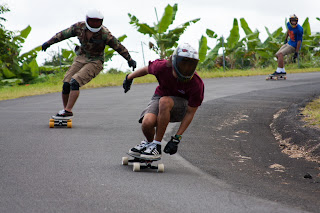 Ethan and Dante went next. Ethan had the lead off the push and through the whole top section. Dante was in his wind bubble the whole time but held off till right after the S to make his move. Shortly after the turn, Dante went for the draft and pass. This left Ethan only a couple turns to catch back up, but he couldn’t do it in time, moving Dante into the finals!
We let more auntys and unko’s drive through the course as we set up the final round. All residents were still stoked! 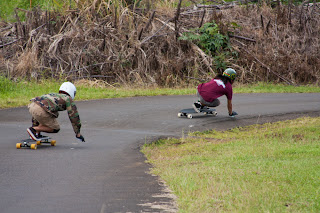 Now, its time for the Finals. First up was the race for 5th and 6th between two Big Island boys, Brian M and Dusty O. Their heat was close. Both of these guys are locals on this road and know it like the back of their hand. Midway down the course, Brian goes for the pass in the “speed section” and Dusty takes a crash as soon as Brian makes the swoop. Leaving Brian alone for the rest of the course finishing up in 5th place. 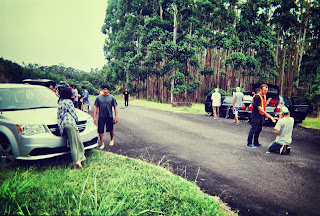 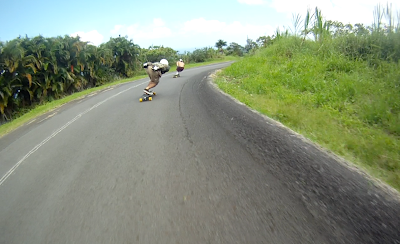 Next up is the battle for 3rd and 4th between Ethan and Erik. This heat was GREAT to watch. Both riders started the heat barley kicking,  almost wanting to be in the back. Once they began to tuck Ethan held his spot in front for a little. Erik would catch him every once and a while, but then stand up and hold back. Both riders went into the S fast and clean, and this is where I expected Erik to make the move, yet he still held back. When they were entering the second to the last corner is when Erik finally decided to make his move, Zooming by Lau and holding the front position till the finish line. Erik finishing in 3rd and Ethan closely behind in 4th. 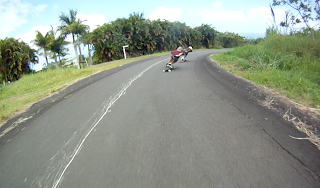 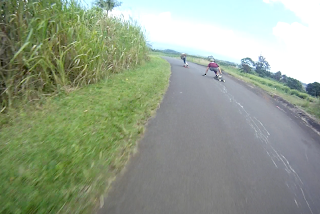 FINALS. Rhys Morishima vs Dante Alston. Both from Oahu, both Tantalus boys… it was ON. Everyone chose their viewing spot along the hill for this last round, then we got it started. Dante chose to throw down at the start and Rhys gave it a push. Dante in first, Rhys in his draft going into the first bend. Both riders held their tucks, not moving a muscle in the first few corners. As the riders came into the flat before the “ speed section” Rhys started to close the gap even more, getting right into the pocket as they went into the quick sweeper left before the dip. Right when Rhys was in the perfect sling shot position, he caught a quick wob and it was all over from here! Barley loosing traction for a second sent Rhys into a shake forcing him to eject and sprawl out across the road. His board even decided to bail into near by coffee fields. Now Dante kept it together and steezed it out for the remainder of the run, coming across the finish as 1st place in the fist ever HWOS on the Big Island! 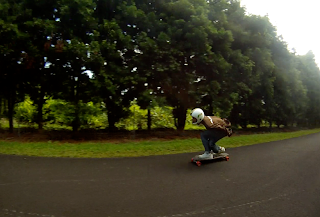 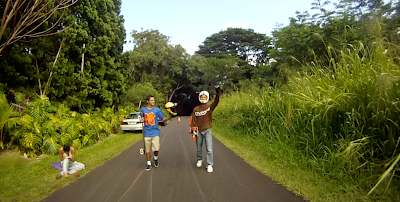 Following the race there was a little slide jam on the hill before the awards… the vibes were just way too good we needed to keep em going! The jam was rad, with skaters from different islands we saw all kinds of styles! Taking the win for the longest slide was Mike Broan from the Big Island with a BIGG ole front side. Mackenzie Yoshida took the prize for Best Trick doing a Front side Wiggleply ( wiggle to no comply) and Jeffery Khau swooped the best overall in the slide jam.
All skating is completed, everyone is exhausted, so we headed back to the camp for some awards. Thanks to the sponsors almost every participant left with something. The top 4 riders getting cash and leaving with complete setups! Schwag Gallore.
The Big Island was EPIC. Another great addition to Hawaii’s best race series! The Hawaii Winter Outlaw Series couldn’t be more stoked to have another island as a part of its festivities. Uniting the wheel turners of the Hawaiian island’s is my ultimate goal… and we all full tucking towards succeeding at this!
See everyone at H.W.O.S #3 THE SCORCHER.